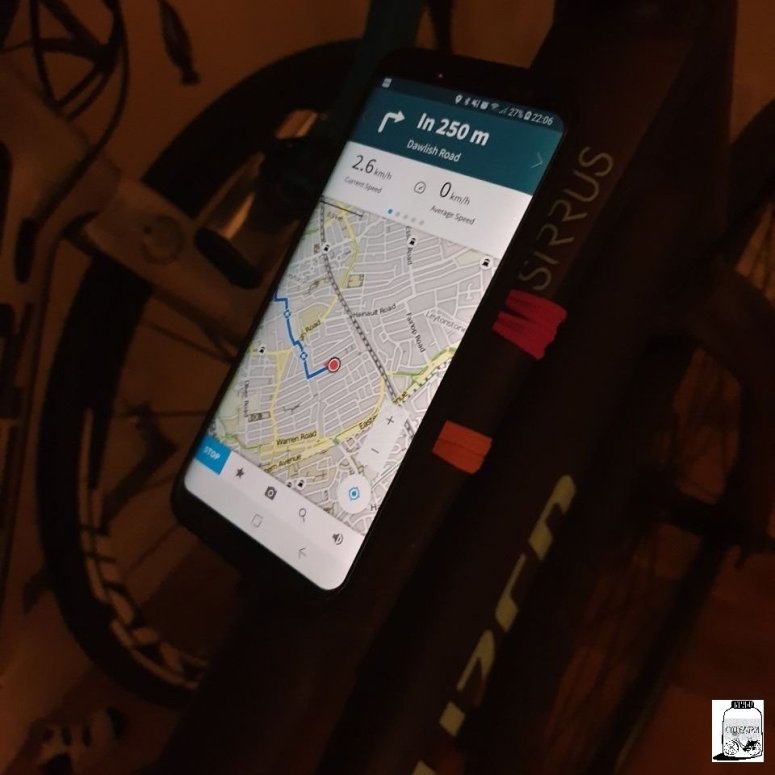 When anyone asks me which route planning app they should use for cycling, I am not able to give them quite the answer they are looking for. There are quite a few route planning apps specifically for cycling now. So much so that it makes it quite hard to choose one to use. Most people, naturally, are looking for one app that they can use that does everything they need- myself included! Until I find it, I will have to continue with what I do now, which is to use three different apps according to what I need.

Here I am going to tell you about the three that I like and why, and a few comments on others that I’ve tried. I’m sure that others will have their own views on these apps and they may disagree with what I say below. You may find just one you like, and it may do everything you need. In which case, that’s fantastic and congratulations! Sadly I haven’t found this myself, as all the apps I’ve tried are limited to some degree, and also it comes down to personal preference.

In the last 15 months that I have been cycling to commute (for the second period in my life, the first being a long time ago, but that’s another story) the three apps I use together form a good trio to help me get around by bike are :

Strava is primarily an activity tracker- but as I mentioned in my previous post, because people are recording cool routes that they have done, it has now grown into a way of finding new routes and then following them.

Komoot is, contrary to Strava, a navigational tool first and an activity tracker second. It opens up straight into a screen where you can plan a route and key in your destination. You get one region of maps for free (which would cover one city) and you can purchase additional regions. You can download routes once planned for offline use to limit mobile data while out. You can change your type of ride, and also can set your fitness level to get a more accurate estimate of journey time. Komoot allows you to share your activities with other Komoot users and you can build up followers in the same way that you can do on Strava.

Bike Citizens is a recent discovery of mine, and I’ve been using it for about six months. A fellow cycling instructor recommended it, after he used it to cycle to, and around, Amsterdam on a bike tour with his family. Like Komoot it opens up into a map where you can easily plan your route straight away. You get a free city, and need to purchase more if needed.

I didn’t like this because I found the routes were too busy, based on driving routes by car. I have heard anecdotally that this is improving, however the algorithms used by Google are still from what I have read primarily based on car routes.

Not that long ago in an article in the Guardian in 2017, Elizabeth Eden of Southwark Cyclists, summed it up well when she said:

This comes up with routes similar to those on Bike Citizens. Nice quiet routes with some great shortcuts. However it always seemed difficult to just switch the app off! I’m sure there is a trick with this that I missed, but it happened enough times that I would go into a shop with my phone in my pocket still shouting out instructions to me and me not being able to switch it off, that I wasn’t interested in figuring it out and giving this more of a chance.

I found this quite difficult to enter street names to plan a route. You need to find the borough first but even then there is no guarantee it will find your street in my experience. However there are enough cyclists that really like this app that mean it’s worth a try – you might get on better with it than I did!

I use a combo of Strava, Bike Citizens and Komoot, in this way:

Strava is good for finding cool routes others have done. If the route is new and looks complex then I will often add this into Komoot (see my last blog post on how to do this).

Bike Citizens is good for finding a new route with great cycling shortcuts.

Komoot is great for getting audible instructions and a self-moving map, and route planning on your phone.

Do you have any thoughts on these route planning apps? Are there any others you have used that you really like or are best avoided? I would love to hear from you in the comments below!